This post has been edited. Here is the previous version.


One week ago today, I said goodbye to my dear companion, Merlin. 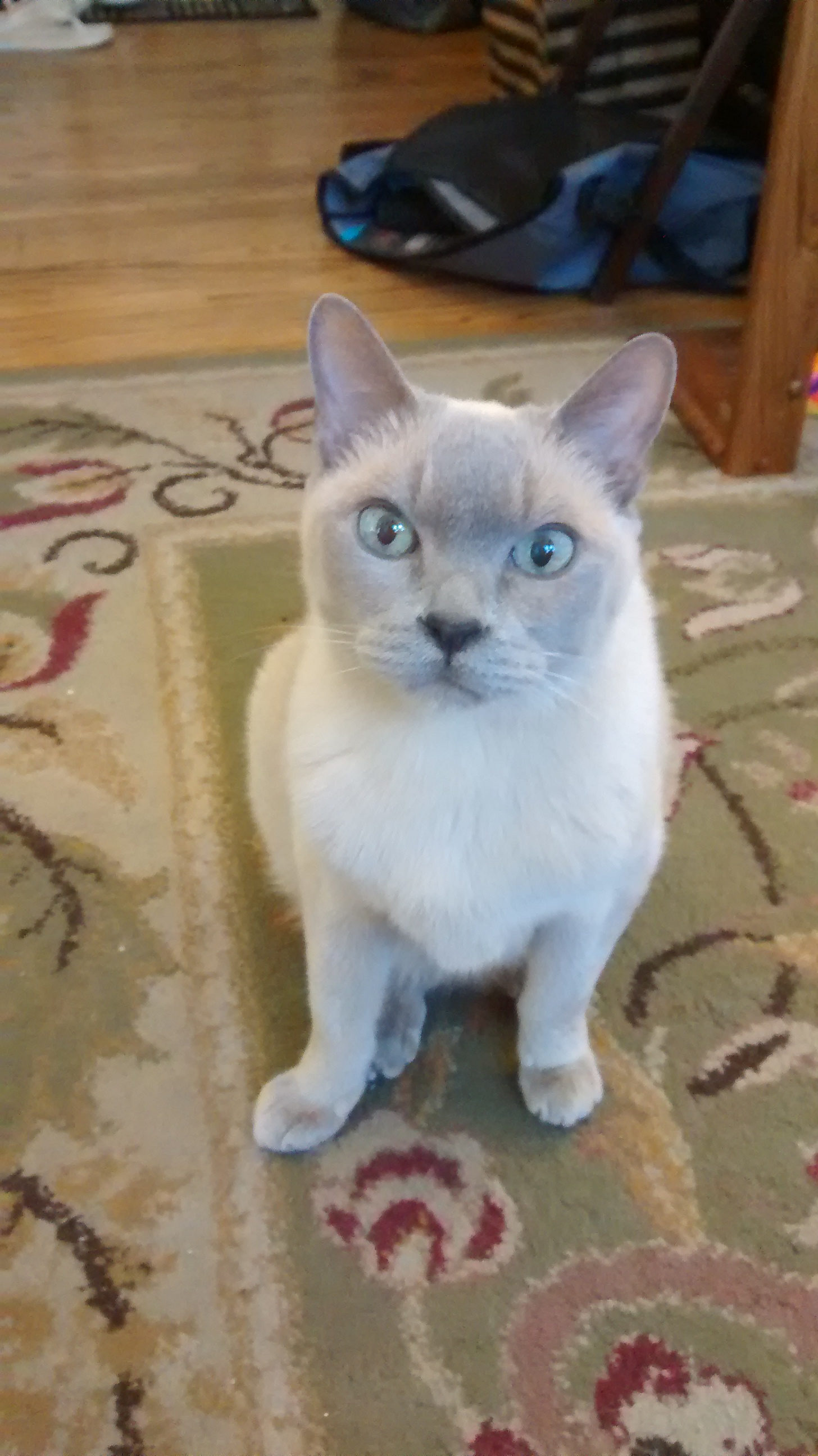 (This picture was taken three years ago. Edit: working image.)

Merlin was nineteen years old. He had been living with a sensitive digestion, kidney disease, and failing eyesight for several years, and in recent months his mobility had become compromised by nerve damage affecting his hind legs, to the point that he was having trouble walking and with comfortably using the litter box. We're not sure if the underlying cause was a ruptured disc, a tumor, or something else. Either way, his quality of life was diminished to the point that we couldn't let him keep on that way any longer.

When my family decided to get a cat, my mom chose the Tonkinese breed—a cross between Siamese and Burmese—because of their easygoing, people-oriented temperaments, and Merlin lived up to that standard and then some. He was a friendly cat who always liked to be in someone's lap, especially as he got older and became more sensitive to the cold. He also liked to be held up on a shoulder, and to cuddle under the blankets at bedtime. He liked his routine and would share his opinions in a strong voice if we were slow to refill his food dish, go to bed on time, or sit in our accustomed places. He would also, in Phobos' words, "sing us the song of his people" for reasons we could never decipher, especially when he took the trouble to move into another room to do it.

I chose Merlin out of his litter because he was an introvert, like me. While his sisters were very outgoing and came out to play with us as soon as they met us, Merlin watched from under an end table. Once he came out, though, he was very friendly, and just as playful. He was a "bush dweller" who never gave us any trouble trying to climb to places he didn't belong, but he was a great jumper and loved to catch toys in the air. His favorite toys, though, were these little sparkly arts & crafts balls that he could bat around with no effort. He looked pretty silly carrying one around in his mouth, but we never told him.

Merlin was as smart as they come. I wish I'd known how to train cats when we first got him, because I got him to sit, stay, and come when called at the age of sixteen. Just imagine what he could have done if we'd started teaching him when he was little!

In his last months, he had a stoic, determined attitude, and kept on doing as much as he could to behave normally, even when it was difficult for him. He actually became more tolerant of (or couldn't be bothered with fighting) just about everything, such as touching his feet and giving him pills—everything except for the sweater I got him to try to keep him warmer. He hated that with a violent passion. >.>

Occasionally, I could tell he was frustrated with his limitations, and he must have been in pain, but he never gave up. I'm sure he would have kept on going as long as he could, but it was my responsibility as his guardian not to ask him to. At the end, he seemed tired, and resigned, and I think he was ready to be done. It wasn't an easy decision to make, far less to carry out. He was my kitty, and he shared my life for most of nineteen years, barring when I was at school. I miss him.

He lived a long, good life. He was and still is loved. The world is a bit duller and emptier without him.