Some time ago, my daughter decided it would be fantastic if everyone had the same birthday (I think she just wanted presents on someone else's). That got me thinking: what would it actually be like if that happened? As I see it, there are three major effects:

1/ How does that happen, anyway?

Most animals which clump their breeding seasons together use exactly that: seasons, the weather and the length of the day. That lets them have the same general date of birth, but we need something more specific: a single birthday.

To achieve that, we're going to use pheremones. These already play a role in announcing that an animal is ready for breeding: we're going to expand that by requiring a critical pheremone threshold to be reached before ovulation occurs. Furthermore, we're going to do the same thing for actually giving birth: for our single-birthday humans, there needs to be a high concentration of women whose bodies are signaling that they're ready to give birth, and that concentration will not only trigger their contractions, but also those of every other pregnant woman in the vicinity.

What that gives us is a human race which can only get pregnant in sync, and strongly (biologically) prefer to give birth in sync. In a globalised society, that means that most of the planet will be synchronised down to (nearly) a single day.

And... it also probably means we went extinct thousands of years ago. Passenger pigeons demonstrated that requiring communal breeding is a huge risk if your population is placed under environmental stress, and humanity had to get through an ice age back in the day. If small groups literally couldn't breed to sustain themselves, I don't think we would have made it. 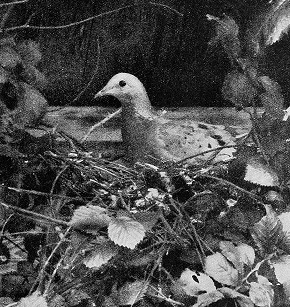 But, assuming we did somehow reach something approximating our modern world:

2/ What would that do to our medical systems?

A midwife's job extends both before and after birth, but we can assume that current staffing can handle both pre- and post-natal care - after all, they do it in the real world! They will be able to stagger appointments and so on. The real issue is that core 24 hours: the Birth Day.

Let's assume the births are spread out over the day, and each midwife can attend ten different births on the day. That means we only ("only") need to find another 55,000-odd staff for the Birth Day - not even three times the number of permanent midwives! The most likely source is the UK's nurses; we have nearly 300,000, so only a sixth would need to be cross-trained and redeployed to deal with births. Which is great... except that the UK's chronically underfunded medical system already has some 40,000 staff vacancies unfilled. Pulling a sixth of what we do have out is going to make large swathes of hospitals unsafe.

So what would we do? The sensible approach would be to massively increase funding, ensuring that the National Health Service was able to train and hire as many staff as it needed. Unfortunately, the more likely option is that we would muddle through without enough money or staff, putting untrained personnel on the front lines and paying for it in lives.

Which sucks. Let's hope the third question is more cheerful:

3/ What will this do to Christmas?

Bad news, gift aficionados - you're not going to get any birthday presents in this world. What would be the point? It's the same day for everyone! The day might well become a day when you give gifts to your mother, or perhaps (as Mothers' Day has in our world) to women in general - but not to the children.

And lest you pin your hopes on Christmas - remember it's supposed to be a celebration of the birth of Jesus. That's out the window, too - no presents for you!

And yet... the reason Jesus' birthday is celebrated at midwinter has nothing to do with his actual birth, and everything to do with Roman Christianity suborning the pagan Midwinter festival for their own ends. That imperative would still be in place, so what other events might they pin on a mid-December date?

The obvious option would be the Crucifixion, but that's fixed to the date of Passover. That also means they couldn't use the resurrection or Jesus' final ascension - it's all in the wrong part of the year. (Besides, that would only compound the problem by making us find a replacement for Easter.)

A decent fallback option is the baptism of Jesus by John the Baptist. Unlike the crucifixion, it's not fixed to a specific date. It can also be thematically linked to the midwinter feast - midwinter is the feast that marks the beginning of the sun's return, and the Holy Spirit descending on Jesus is on occasion likened to the sun. 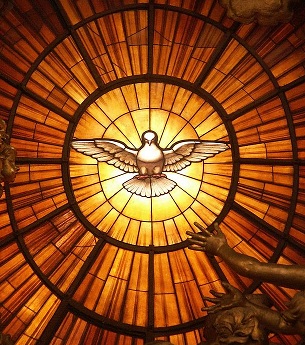 The choice of which 'beginning' was commemorated in midwinter - Jesus' birth, or the beginning of his ministry - is one that could easily have gone the other way.

Of course, there remains the greater question of whether Roman feasts such as the Birth of the Unconquered Sun would have even centred on midwinter in the first place if 'birth' meant only a single day, but that, as Fermat once said, is too large an issue for this post to contain.