Yes, our noble Support team have worked round the clock to fix the damage done by the most recent Liechtenstein invasion and bring you an all new, all modern, all fanfic website! Among our new features are--

Hang on. Sorry. One minute please.

Where's the website? You promised me it would be up by today!

Well, have you at least got the servers running again? We could roll out the old code, call it 'retro'.

... what about the Fanfic Land code? Surely that still runs?

Then what have you been working on? Please tell me it hasn't all been World of Minecraft tournaments or whatever it is you get up to.

Sorry about that! As I was saying, we're still having a few minor technical hitches, but our all new Support team who I will be hiring as soon as the last bunch are out of the building are working to bring you the shiniest fanfic website on the internet! Until then, here's a sneak oh good grief preview of our can't believe I'm about to do this hi-tech, 3D logo, which will soon be adorning your screen in glorious HD! 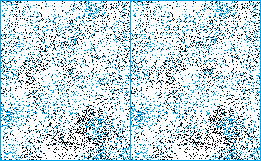 While we're getting the last few things ready for you and weeping into our artisan coffee, why not flex your fanfic muscles by writing for your favourite fandom - the PPC! Remember, if it's not 'canon', that just makes it all the more fun!

What is this? This is the thread where we let our inner badfic writers have free rein. All PPC stories are technically fanfics of the Original Series - but they're all goodfics. That's clearly unreasonable - most fanfic of anything is terrible. So this is your chance to write the baddest of the badfics. Go nuts!

Who can I write about? Any agents currently in the PPC are open for you to mutilate. There's a Creativity Shield around ffW, so everything here is emphatically uncanon. Try to avoid using abandoned agents whose creators have left, and if someone asks in this thread that their agents not be used, please respect that.

Where do I post? In this thread, please. With ffW down for the forseeable future, I'm afraid there is unlikely to be an archive this year.

What name should I post under? You should come up with the badficauthorest name you can, of course! Take a look at some of our previous examples.

What sort of story should I write? A bad one! Obviously. But also one that's fun to read. Illegible ultra-typo stories are a bit boring after the first one, y'know?

Can I leave reviews? Emphatically yes - that's half the fun of the game! But do remember to leave them in character - and equally, remember that the flames you receive are not real flames. They're a game. Don't get upset.

Do I need a beta? Hahahahahahahaha. Don't be ridiculous. ^-^ What sort of badfic writer has a beta?

Do I need Permission? Again, what sort of badfic writer asks permission? (No. No you don't.)

Why are we doing this? Because it's fun! And traditional!