Yavanna was on stage again. The Small Auditorium was packed, with agents and other PPCers standing in the aisles where they couldn't get a seat.

He could feel them, in the pulse of life they shared, the song that spread its branches through every mind and heart. By his words, he could raise them up until the worlds were a blanket of green below them, or burrow down with them through the warm earth, into the very heart of Life.

And there, in the front row, smiling up at him, was Ananke. He waved at the old lady, grinning as he remembered how startled he had been when he first met her, and how much she had done for him. He thought about dedicating the next song to her, or even calling her up on stage - and then he noticed the tears running down her cheeks.

With perfect clarity Yavanna saw Ananke's lips move, and heard her voice whisper in his mind: I love you. I'll miss you.

But you were never a god.

And Tanfin Illian was left standing on the stage, faced with a crowd of 500 PPC agents, and an aching hole in his heart where the music used to be.

((Any god writers - I would love to see your own ending scenes. Any who don't get written, I will one-liner into place, but I'd love to see as many as possible done by their authors.

((So this is how it ends. In the space of a couple of hours, Ananke pays a visit to each of the gods and revokes their powers and their godhood. Precisely how she does it is up to you: to give you a feel for how broad the options are, the line in my head for Tash was "All stories end - even yours". Since Tash has an active writer, that one's not going to be used. ^_~

((There is an explanation for this, and for how the whole Recurrence happened. That's going to be the very last scene of the RP, so you don't get to see it yet. :P

((I really hope that the ongoing RPs - Tash, Stone, and the Yavanna-Ellimist one I've got going with Nesh off-Board - will be finished. And if there's any more out there, please, feel free - there's always space for another issue! This has been a really fun setting, and I don't want it to wind up with splintered fragments instead of endings. 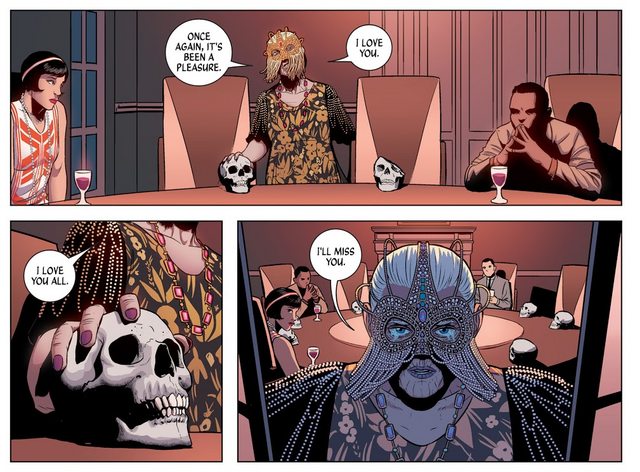